Deprecated: mysql_connect(): The mysql extension is deprecated and will be removed in the future: use mysqli or PDO instead in /storage/content/14/2014914/headspinrecordings.com/public_html/Connections/Headspin.php on line 9 Headspin Recordings - Artists - Linus Larsson and John Roger Olsson 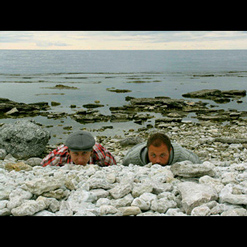 Linus Larsson is a musician, producer and mix/mastering engineer. Linus has worked with loads of bands and artists during the last ten years including among others Peter Bjorn & John, Tobias Fröberg and Ed Harcourt. He resides with his family on the Swedish island Gotland.

John Roger Olsson is a musician, songwriter and producer hailing from the northern part of Sweden. He has been fronting his band The Grand Opening since 1999 and has toured extensively throughout Europe. He also plays drums in the instrumental pop band Will Gambola Sing and guitar in the instrumental trio Hearts No Static.