Deprecated: mysql_connect(): The mysql extension is deprecated and will be removed in the future: use mysqli or PDO instead in /storage/content/14/2014914/headspinrecordings.com/public_html/Connections/Headspin.php on line 9 Headspin Recordings - Releases -Jobalites by Jobalites (HEAD 008) 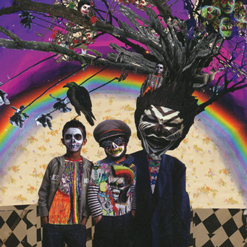 Some albums take years in the making. Jobalites spent about 6 hours.. ..live and direct, first takes only.

This is the first and probably the last album from the loose and somewhat disorganised group Jobalites.

Some albums take years in the making. Jobalites spent about 6 hours. Recorded in September 2007 at the legendary Sandkvie Studio on the island of Gotland in the Baltic. It´s live and direct, first takes only.

Drawing on the finest Jamaican tradition and a pinch of Jazz these players delivers 16 tracks full of spontaneous energy and self confidence.