Deprecated: mysql_connect(): The mysql extension is deprecated and will be removed in the future: use mysqli or PDO instead in /storage/content/14/2014914/headspinrecordings.com/public_html/Connections/Headspin.php on line 9 Headspin Recordings - Releases -Leve Hogrän by Linus Larsson and John Roger Olsson (HEAD 012) 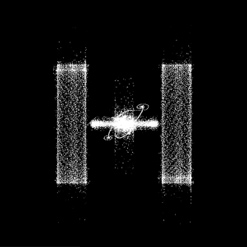 "Leve Hogrän" is the result of ten nights of sound experiments and recordings in an apartment outside of Stockholm. Keyboards, reed, organ, toy synths, Fender Rhodes, guitars and drums share space on  these 9 songs. All is improvised and played by hand.

It's a diverse and carefully considered album that leaves a dreamy imprint in the mind long after listening. Recorded in the autumn of 2007, left unheard on a harddrive for 3 years and now brought back into the light by Headspin Recordings. "Leve Hogrän" is a digital release that can be found worldwide in your digital music shop of choice.