Deprecated: mysql_connect(): The mysql extension is deprecated and will be removed in the future: use mysqli or PDO instead in /storage/content/14/2014914/headspinrecordings.com/public_html/Connections/Headspin.php on line 9 Headspin Recordings - Releases -Ass by Ass (HEAD 005) 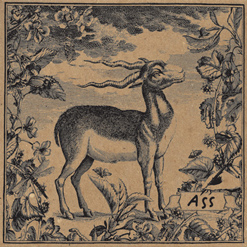 Over the past years Andreas Söderström has played bass with multi-awarded pop genius Jenny Wilson, trumpet and lap-steel with the international renowned electronica-project Tape, and harmonium, key harp and guitar with contemporary folk/rock-combos as Barr, Pallin and Blood Music. Now is the time for one of Sweden’s most brilliant music minds to do his own thing: Ass – Andreas Söderström Solo, after a decade of talented but neglected living room recordings.

Ass debut album is a beautiful, mainly instrumental, folktronic journey, that probably started amongst “a jungle of strings” in his father’s bouzoki factory when Andreas was a child. Playing, of course, all instruments himself, he has given himself freedom to stretch out (and in) as it suited him. A lot of magic moments are collected here by this self-taught music man. But the interesting thing about Ass is the wholeness of it. Even though it is driven by “small” minimalistic musical ideas, or hymn-like melodies, it is the big picture that impresses. Andreas also sings on two majestic, but low keyed-tunes; Two Different Ways and Don’t You Tell A Word, with an almost melting voice, a crossover between a Thurston Moore and Jim O’Rourke