Deprecated: mysql_connect(): The mysql extension is deprecated and will be removed in the future: use mysqli or PDO instead in /storage/content/14/2014914/headspinrecordings.com/public_html/Connections/Headspin.php on line 9 Headspin Recordings - Reviews - Dialogues with Scriabin by Davor Kajfeš - allaboutjazz

You'd be forgiven for being unfamiliar with the work of Russian composer Alexander Scriabin (1872-1915) or, indeed, Croatian jazz pianist Davor Kajfeš. Sadly neither one has been widely heard outside of their respective—or adopted—countries to date. We can celebrate, then, that the release of Dialogues With Scriabin (Headspin Recordings, 2013) brings the music of these two masters together for the delight of audiences further afield. Pianist, composer and teacher Kajfeš was born in the Croatian capital Zagreb in 1934. While performing with the Zagreb Radio-TV Big Band in 1957, he composed for the Zagreb Film Company and various TV shows. In 1959, he joined the Zagreb Jazz Quartet and toured Europe and the USSR and recorded with international jazz and blues heavyweights such as trumpeters Art Farmer and Buck Clayton, vocalists Helen Humes and Big Joe Turner, guitarist and singer T-Bone Walker, trombonist Albert Mangelsdorff and bassist Red Mitchell. Modern Jazz Quartet pianist John Lewis was also a mentor, friend, and later- brother in law. Like Kajfeš, who has been a resident of Sweden since 1967, Russian composer and pianist Scriabin lived abroad for most of his working life. The symbolist composer composed and lived in Switzerland, Italy, France, Belgium and United States. While Chopin inspired his early works, Scriabin was keen to develop his own sound, which leaned more towards the atonal, cacophonous end of musical language. A petite, effeminate man with small hands (which would have affected his playing style—he was able to cover no more than a 9th on the keyboard), Scriabin was affected by a neurological phenomenon known as "synesthesia." This meant that different notes stimulated the perception of different colours in his mind. He even went so far as to develop a special keyboard with lights for one of his most famous compositions, Prometheus—Poem of Fire, which was performed in New York in 1915. The last five years of Scriabin's short life were spent writing predominantly for piano, but contemporary musicians have seldom visited this body of work. Kajfeš' ambitious recording of sixteen carefully chosen pieces by Scriabin not only pays homage to the daring and controversial work of the composer, but also acts as a welcome demonstration of Kajfeš' confident, generous playing style. This solo piano recording provides an insight into the work of a remarkable composer and a noteworthy pianist. Kajfeš' jazz roots and undeniable mastery of his chosen instrument are subtly woven into these "dialogues" with Scriabin's written music to create a textured, colourful musical experience that Scriabin himself would have no doubt enjoyed. Released on acclaimed jazz-trumpeter-son Goran Kajfes' label, Dialogues With Scriabin comes packaged in a stylish oversized card box and comes with a print and booklet featuring illustrations by daughter Arijana. 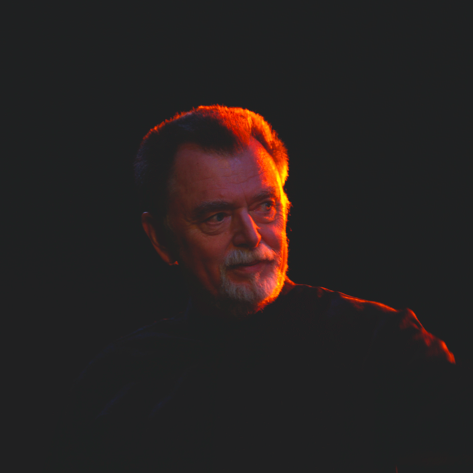