Deprecated: mysql_connect(): The mysql extension is deprecated and will be removed in the future: use mysqli or PDO instead in /storage/content/14/2014914/headspinrecordings.com/public_html/Connections/Headspin.php on line 9 Headspin Recordings - Reviews - Tropiques by Goran Kajfeš - Chicago Reader

I've been a big fan of Swedish trumpeter Goran Kajfes for quite a few years, and my admiration for his work keeps growing. Last summer I finally had a chance to see him live, giving a fluid, muscular, and lyrical performance in the groove-heavy Swedish quartet Nacka Forum. No single band captures his broad range, but he displays a portion of it on two recent records: the debut of a new quartet and the third album by his entertaining Subtropic Arkestra. Kajfes is probably best known as leader of Oddjob, a versatile band that infuses vintage 70s jazz fusion with traces of abstract electronica, and the new quartet album, Tropiques (Headspin), overlaps somewhat with that aesthetic: its sound includes Miles Davis-style fusion and hypnotic Krautrock grooves. The album consists of a single 50-minute track, "Enso" (which you can hear in its entirety below), but it contains multiple discrete episodes, some of which flow into each other and some of which arise from silence. Drummer Johan Holmegard and bassist Johan Berthling build massive, rolling grooves, and their hypnotic ostinatos and shuffling beats give keyboardist Alexander Zethson lots of space to move among spacey organ explorations, post-McCoy Tyner chordal frenzies, and expansive improvisations. The music intermingles ethereal prog rock and propulsive, trance-inducing minimalism—as much Philip Glass or Steve Reich as Weather Report or Miles—with occasional passages of lovely serenity where the woody tone of Berthling's bass resonates amid mewling keyboards. Kajfes blows extended lines on both acoustic and electronically manipulated trumpet and serves up woozy, wildly wending Moog synthesizer improvisations. The latest transmission from Kajfes's Subtropic Arkestra, The Reason Why Vol. 3 (Headspin), applies a veneer of infectious jazz-funk to its blend of global sounds, prog rock, and indie rock. I hear a loose kinship with the Menahan Street Band, a New York group with two albums on Daptone Records, but Subtropic feels less nostalgic than Menahan's meld of sleek instrumental soul and bits of Ethiopian grooves. Kajfes's group doesn't fall back on facile eclecticism either, instead unifying its multifaceted repertoire with a single aesthetic. The Reason Why Vol. 3 has clear commonalities with Tropiques—especially its Krautrock rhythms, powered again by Holmegard and Berthling—but the focal point is the thick horn section, where Kajfes is joined by reedists Jonas Kullhammar, Per "Texas" Johansson, and Per "Ruskträsk" Johansson. The band also includes keyboardist Jesper Nordenstrøm and guitarists Reine Fiske (of Dungen fame) and Robert Östlund. The Subtropic Arkestra's tender, dreamy version of "Le Monde Avait 5 Ans," a 1977 library-record obscurity by French synthesizer whiz Bernard Fevre, reminds me of Air—though it's better and more substantial than Air. The group also covers Panda Bear's lovely "You Can Count on Me" with churchy solemnity and turns in a sumptuous, seductively sashaying treatment of "I'm on My Way (A Patch of Blue)," a sitar-spiked psychedelic obscurity by US 69. The group's sound also incorporates music from Africa, including a warped version of "Ne Rien Voir, Dire, Entendre" by brilliant Beninese band Orchestre Poly Rythmo de Cotonou (which you can hear below) and "Ibakish Tarekigne" by inventive Ethiopian keyboardist Hailu Mergia. Kajfes has announced that future Subtropic Arkestra recordings will use only material written by members of the band—but that prospect doesn't bother me at all, given how much I love the way they've transformed such a wide variety of music. 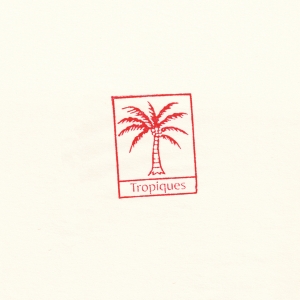