Deprecated: mysql_connect(): The mysql extension is deprecated and will be removed in the future: use mysqli or PDO instead in /storage/content/14/2014914/headspinrecordings.com/public_html/Connections/Headspin.php on line 9 Headspin Recordings - Releases -X/Y by Goran Kajfeš (HEAD 013) 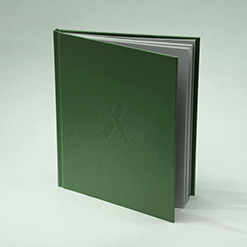 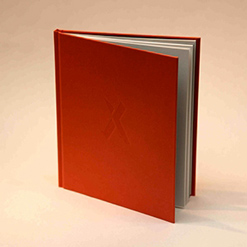 I wanted to explore two territories at the same time.

”It´s jazz, its folk-psych, it´s rock and pop, everything combined and delivered on two CDs. It´s music that affects everything about you, that finds your nerves, that plays with your mind, your heart, that mixes with your blood, that enters you bones - it´s music for physical and intellectual introspection and expression.” 6/6 - Gaffa Magazine (SE)

Something was certainly lost when we entered the CD era in the late 80s. Cover art, an essential part of albums and they way they were digested and interpreted was...gone as we knew it. Cover art could tie things together and add dimensions. The art of making an album that is a lot more than the sum of its part has been in decline ever since.

X/Y is reclaiming some of that territory. X/Y is Goran Kajfes third solo album, or actually it´s two albums, each with it´s own well defined character, and – a visual art bookset featuring some of Scandinavias top names. Combined, all this makes up a conceptual study reminding us of some of the more ambitious albums from the past.

Goran is of Croatian heritage, grown up in Sweden in a family of musicians and artists. He is, since many years, an obvious authority at the very core in the Swedish music scene. A sought after session player, touring musician, arranger and producer. Goran has performed with José Gonzales, Stina Nordenstam, Eagle-Eye Cherry, Lester Bowie, The Soundrack of our Lives and many many others. Last year he was appointed Artist in Residence at Stockholm Jazz Festival. He was given the honour of composing and performing the opening ceremony of Stockholm Museum of Modern Art in 2006. He´s written music to several movies and produced a number of albums including ”Clint” by Oddjob that was named Jazz Album of the Year by Sunday Times in the UK 2010.

Kajfes debut Home (2001), where a mulitude of influences was mixed into an appealing and spicy brew established him as being at the forefront of crossover visionary electro-jazz. The sequel, Headspin (2005) won the Swedish grammy award for best jazz album for the very same reasons. The albums took Goran around the world performing with his own band.

Goran is, despite all his other talents, first and foremost a trumpeteer. An exploring musician that´s always looking for novelty and new challenges. X/Y is the result of a quite long process in search of artistic identity.

- I realized, that over the years I´d branched out a bit, or split into two actually. I wanted to explore two territories at the same time. One was doing stuff with a larger constellation featuring musicians from several musical traditions at the same time – not necessarily with myself as the focal point.

- The other territory was a more introvert or maybe meditative, I wanted to play in a totally different surrounding, where my appetite for minimalism and electronics could be satisfied. This became Y – a duo album with Gorans long time collaborative partner and producer David Osterberg, who is a modular synth afficienado and operator.

So, if X is extrovert multi music full of passionate energy, a cosmopolitan brew containing influences from many continents. Y is, an introspective and minimalistic journey, providing cirumstances where the very heart of everything -  the trumpet - can speak for itself.

So, X/Y represents parts of a bigger whole – complimentary or in opposition – or both. The visual art that goes with it adds more layers to the experience, it´s an album in the true sense of the word. X/Y is available at selected stores and directly from www.headspinrecordings.com

Created at Headspin Studio except Part 4 at Gustav Vasa Kyrka