Deprecated: mysql_connect(): The mysql extension is deprecated and will be removed in the future: use mysqli or PDO instead in /storage/content/14/2014914/headspinrecordings.com/public_html/Connections/Headspin.php on line 9 Headspin Recordings - Releases -The Reason Why Vol. 1 by Goran Kajfeš (HEAD 015)

The Reason Why Vol. 1 Goran Kajfeš 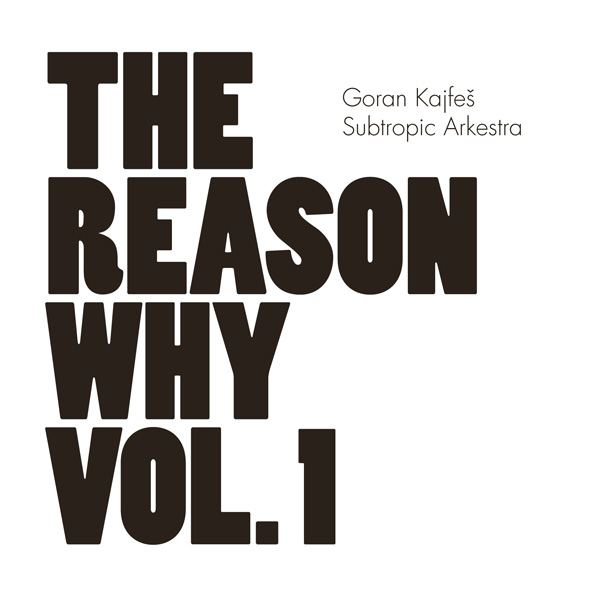 2011 Nordic Music Prize winner and his large jazz ensemble reimagine Turkish psych, Brazilian soul, German psychedelic electronica and progressive jazz/rock on the follow up to the hugely successful X/Y. In preparation for his fourth studio recording, trumpeter Goran Kajfes trawled his personal record collection to choose seven pieces of music that join the dots between the diverse array of influences in his music.

The Reason Why - Vol.1 sees Goran Kajfes’ Subtropic Arkestra reimagine such colourful music as the Turkish psych of Edip Akbayram, the soulful groove of Brazilian singer Arthur Verocai, the German psychedelic electronica of Cluster and the progressive jazz/rock of Soft Machine, Bo Hansson and Tame Impala, among others.

The Reason Why - Vol.1 is in many ways a direct extension of his ambitious X/Y project and acts as a tribute to Kajfes’ myriad inspirations and also as an attempt to push jazz away from the beaten track and into new territories.

Croatian-born (Sweden-raised) Kajfes is a tireless innovator and a key figure of contemporary Swedish culture. In addition to his work as a bandleader, sideman and producer, he has worked with film, theatre, art and dance. In 2012, he released X/Y, an ambitious two-part recording through which he expressed contrasting aspects of his musical personality. Described as "a total work of art" and awarded 5/5 by The Independent (UK), given 4/5 by MOJO (UK) and voted Best Album of 2012 by Rob Young (The Wire) in Artforum Magazine, X/Y earned Kajfes the prestigious Nordic Music Prize ahead of favourites Bjork and Lykke Li.

The Reason Why – Vol. 1 is released on Headspin Recordings in February 2013 on CD and limited edition (500 copies) 150-gram gatefold vinyl.